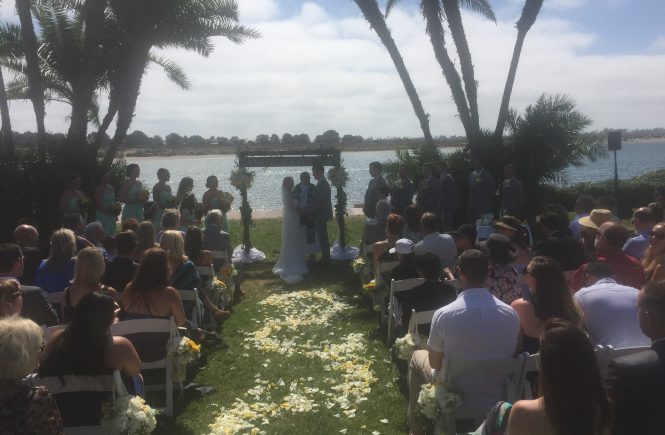 I feel like I say that every place is my favorite place to play, but I really mean it about Hilton San Diego Spa and Resort. I grew up less than a mile away from Hilton San Diego Spa and Resort. As a kid, I used to roller blade on the boardwalk in front of it. My brother in law got married there and I have done many weddings for the event sales staff. Mary Bowerman, who works there frequently as a wedding planner, often recommends me for her weddings.

The Slide Show From Hell

Ok, I am being dramatic because these slide shows were super cute and were executed perfectly. What was hellish was the set up to execute them. For the record, the B&G were both super cool about everything the entire time, Shannen just wanted to make sure the slide shows played. She made a slide show for both parent dances. She also wanted a slide show looping during dinner.

Shannen paid to rent a projector and screen through me to show the slide show when we first contracted the wedding. But the whole wedding was originally in one of the in door event spaces. They later changed the event space to the outdoor venue by the pool. There was my first mistake, I didn’t make the proper arrangements for an outdoor slide show.

Houston, We Have A Problem

Fast forward a year to when Mary sent out the timeline. When I looked it over, I realized the slide show was set loop at 5:30pm when dinner would start. With the sunset at 7:30, no projector could project in that kind of light. That’s when I called the planner and we decided to get some quotes for TVs. These quotes came back at astronomically high numbers, because it’s for a wedding. I shared them with the bride and she agreed that it was too expensive but she still wanted the slide shows. I offered to change the time of the slide shows to after the sunset, but she really wanted them at the times specified. So I told her we could run with the projector and screen. That was my second mistake.

When I arrived to set up, the wind from the bay was howling through the event space. I quickly realized that I would damage my screen beyond repair if I set it up. My last resort was to go to the in house audio and visual company PSAV. Without even thinking about it, I threw my credit card down to get a TV to run the slide show. They obliged and gave me a friendly discount.

Once all the stress about the slide show was resolved, I kicked it into high gear and became the fun Wedding DJ I was hired to be. Once the wedding started, everything went flawless! When open dancing started, the dance floor was packed the entire time. Both the B&G were super happy and the father of the bride gave me a heartfelt compliment at the end of the night.

Even though there were some areas I needed improvement on, I manged to learn my lesson without any damage to my client’s big day. What’s even better, I can apply that lesson to future clients and make sure that daytime slide shows are prepared and planned way in advance. 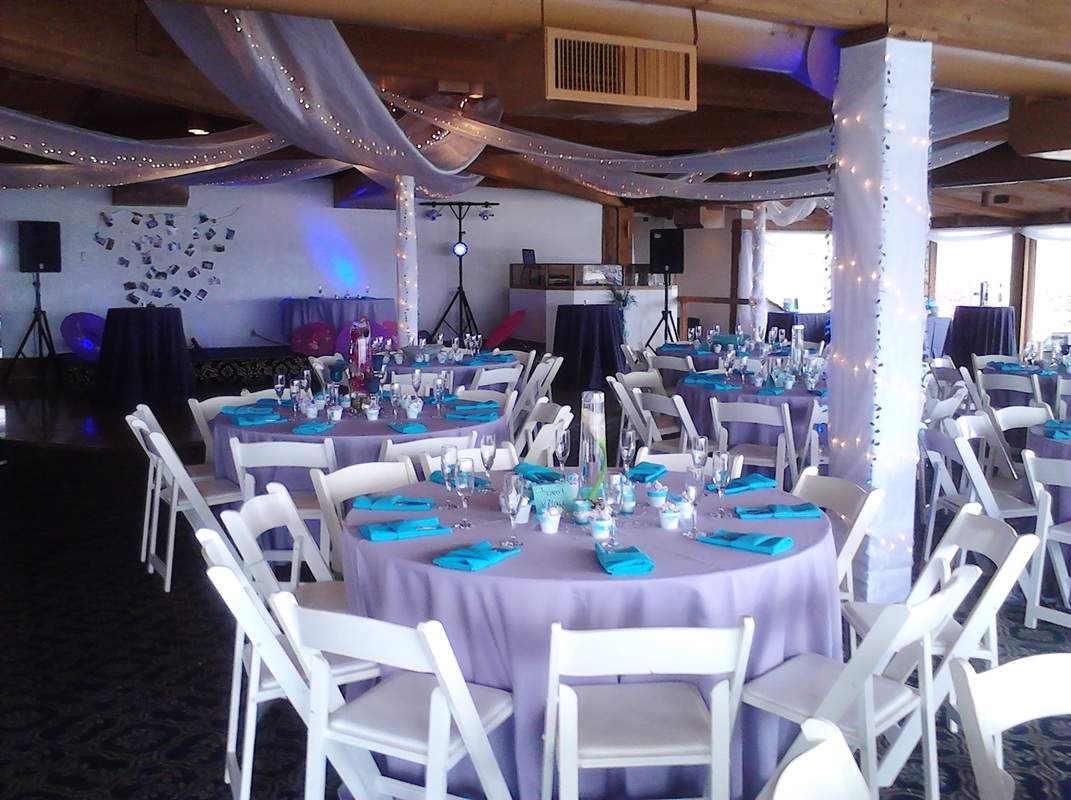 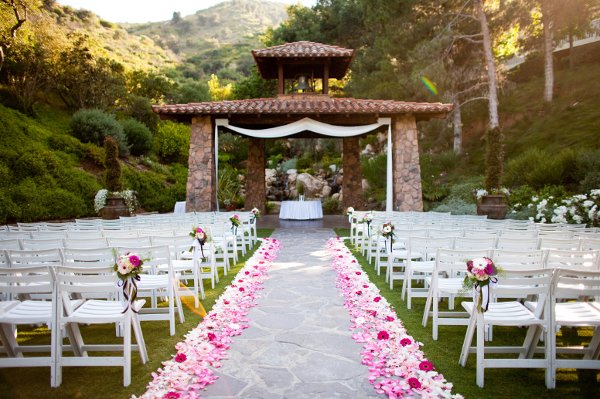 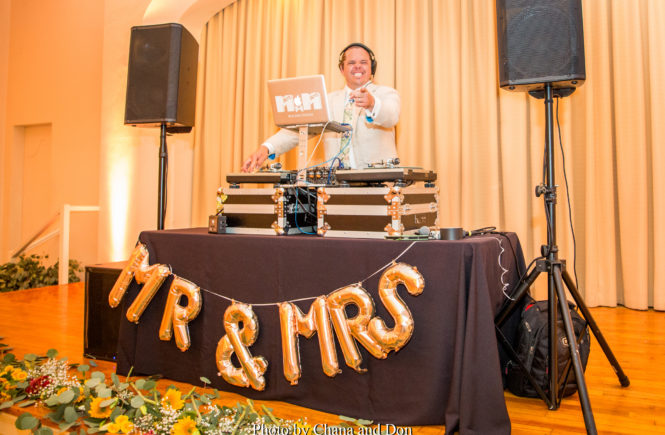 Couldn’t give higher praise or a better recommendation for a wedding DJ! Mikey Beats DJ’d our wedding ceremony and reception last weekend and was AWESOME!

There are not enough words to express our gratitude and appreciation of how well Mikey [Beats] performed at the wedding.

Mikey Beats was the DJ for our wedding reception at the Ultimate Skybox and he was fantastic!