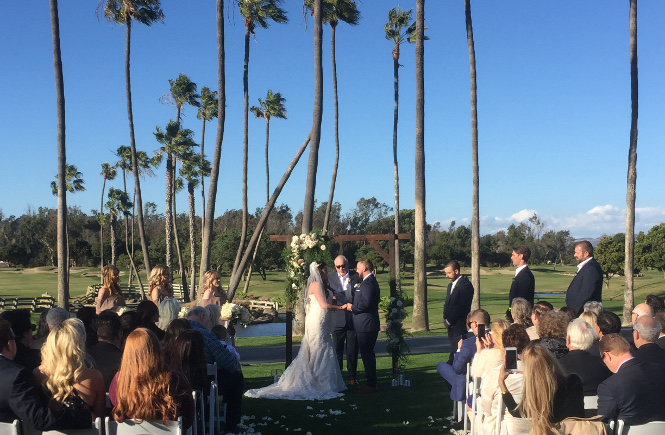 A Wedding on a Golf Course

Fairbanks Ranch Country Club gives the best that a California wedding can offer. Palm trees, bodies of water and green fairways run in every direction from the club house. The cuisine coming out of the catering kitchen is delicious. You have to be a member to have an event there or at least know someone who is.

Danny and Angela had seen me at a friend’s wedding a couple months earlier so they knew what to expect form my wedding DJ services. Danny had also worked at a few bars that used to play at when I was a San Diego club DJ so he knew that I could adapt my style any which way he wanted. Their request list was pretty short, they just wanted me to do my thing. For the ceremony I played some acoustic folk music and for the cocktails I mixed country drink music with beach reggae and pop music. During the dinner I started off with Jazz and Big Band music that later transitioned into Country love songs.

A Dance Party on a Patio

What was a little weird was that my DJ set up was outside on a patio with a couple tables where they put the rowdy guests while most everyone else was inside. Unfortunately I couldn’t run a speaker inside because if the doors closed, my cables would be severed by the airtight doors. To remedy that, we kept one set of doors open.

Open dancing started where I seamlessly mixed track to track through multiple genres and multiple decades. Dancing is like laughter, it’s infectious. The rowdy guests that were sitting outside turned into the rowdy guest on the dance floor. After a few tracks, the dance floor was packed. People were giving me high fives from in from of my DJ set up. At the end of the night, no one wanted to leave so I played a few last songs. Those are my kind of party people. 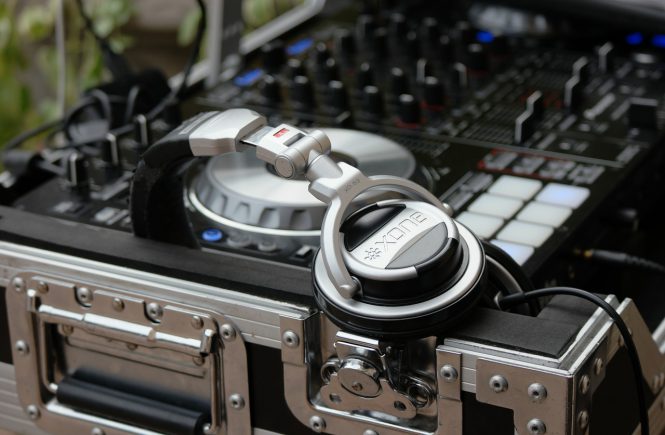 Pro Tips for Having Better Music at Your Wedding 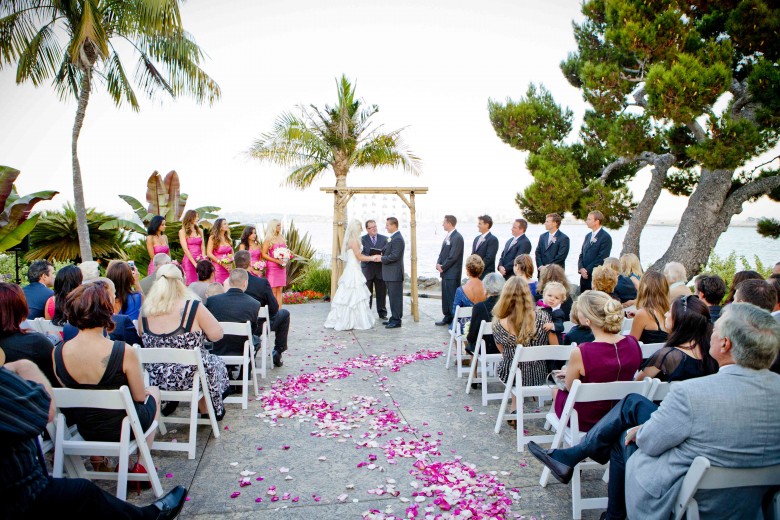 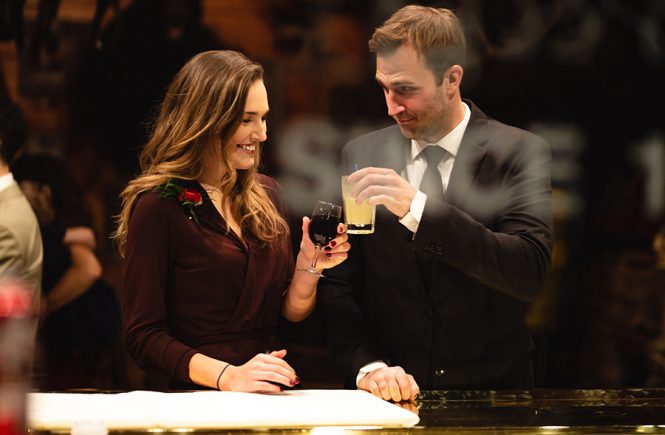 This review is long overdue! Mikey Beats was the DJ for our August Wedding and he KILLED IT!

Mikey Beats DJ’d our wedding this month and did an outstanding job!

Mikey Beats freaking kills it. He had my dance floor packed at an outdoor, windy and rainy wedding.

JS., Groom
View All Testimonials
Close Menu
Get a Quote